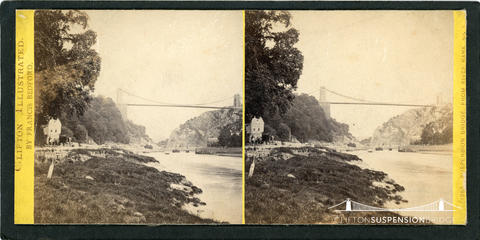 Francis Bedford initially worked as an artist and lithographer before taking up photography in 1853. He received several Royal commissions and was the first photographer to be appointed on a Royal Tour in 1862. From the late 1850s onwards he produced numerous stereoscopic photographs which documented important sites from across Britain. These were popular and sold in their thousands. Sometimes his wife and two sons feature in his topographical photographs.

This item has been conserved and digitised with thanks to The Murless Fund (SANHS).